Catering Their Way To Triumph

Home Catering Their Way To Triumph

Catering Their Way To Triumph 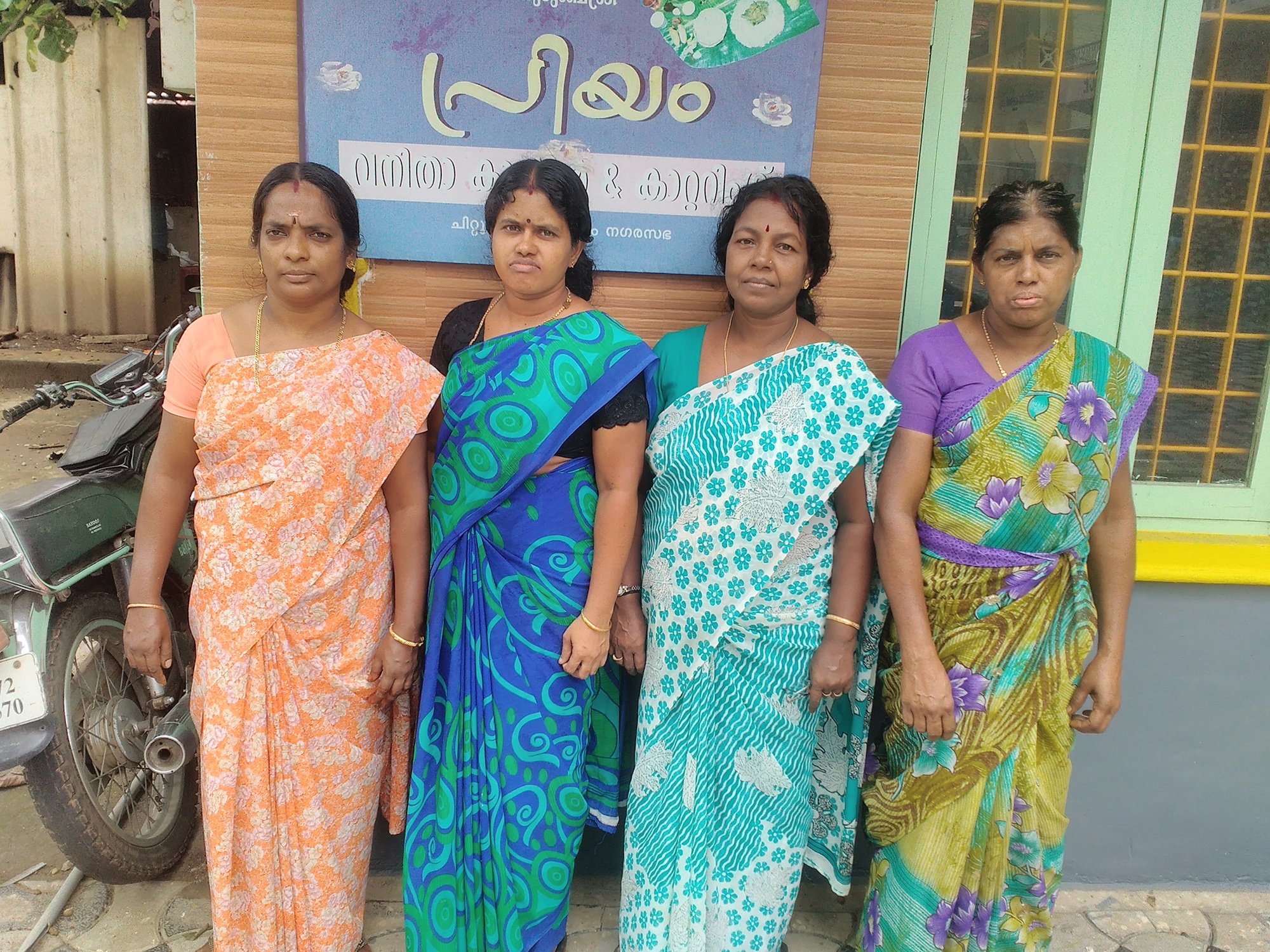 For the last 3 years, Geetha from Anikode in Palakkad district of Kerala along with 3 other women from her neighbourhood successfully runs a canteen at Palakkad municipal premises with the support of Muthoot Microfin.
Geetha and colleagues’ drive to own a small-scale canteen business didn’t just come out of their passion for cooking but came from necessity. With the support of Muthoot, Geetha and company didn’t have to look far when they decided to shift to the catering business 3 years ago.

Geetha was introduced to Muthoot Microfin by a friend. Impressed by its simple and effective operations, she soon joined a group and encouraged her colleagues to join. All the four ladies became members of a nearby Muthoot JLG and were provided with periodic loans.

Apart from financial support, the institution provided them financial literacy training which helped them to maintain proper accounts of their enterprise. They also ensured customer satisfaction and quality of food items. Muthoot loans enabled them to furnish the canteen with quality cookware and gas stoves. Today, their canteen named ‘Priyam’ occupied at a rented space adjacent to the municipality has a kitchen, 6 table seating facility and a dishwash area.

Geetha is the master chef of the canteen and has trained her colleagues to take over operations. All of them at times take charge of cleaning and serving. The canteen, situated near the municipality, advertises itself with the fragrance of onion and spices being cooked in pure oil. The team has opted for a traditional south Indian menu that includes dosa, idli and vada accompanied by sambar and chutneys. Delicious items including Biriyanis, mid-day meals and beverages are also served. Their daily earnings from the canteen now has hit about ₹4000, from meagre earnings 3 years ago.

Now the canteen, run by the four woman entrepreneurs, also receives catering orders from nearby areas which they accept without compromising on canteen timings. For them, the next step is to expand the canteen. Geetha says “With further loans from Muthoot, we want to expand our business by creating more space in the canteen and to introduce new dishes to the menu”.