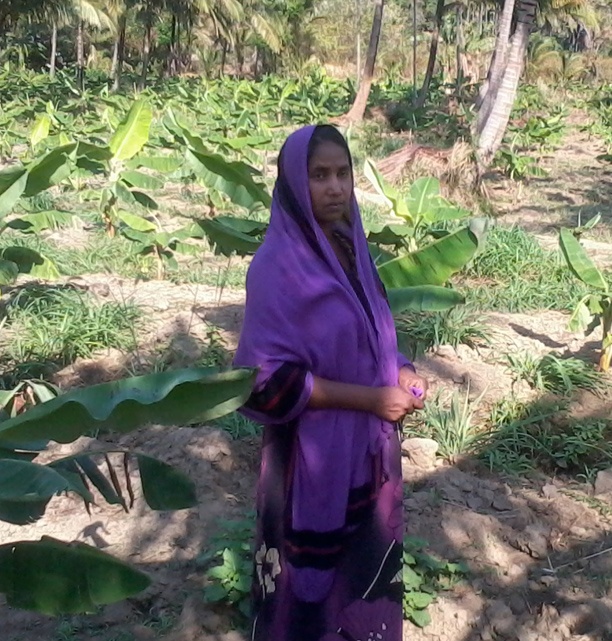 Subaida Mohammed Ali, aged 41 years is a resident of Thenkara, located in the north-east hilly tracts of Mannarkkad in Palakkad District of Kerala. Her family consisting of 7 members were dependent on her husband’s paltry income from daily labour. The pathetic situation forced Subaida to work hard on banana cultivation. Now, Subaida has set herself as a role model for the cash-strapped farmers in the region thanks to her association with Muthoot Microfinance that helped her to optimum resource utilisation.

However, the situation didn’t change all of a sudden for Subaida. Hardly a year ago, she struggled to meet two ends meet on a daily basis. All her attempts to cultivate banana in the backyard of her house failed mainly due to lack of capital to buy high quality breed and also due to lack of adopting integrative farm techniques and optimum resource utilisation.

Subaida tried her luck at various small businesses but none of them gave her any results. Lacks of capital to start even a small venture turned out to be an obstacle in front her. She wasn’t aware of micro financing and its operation style. She was amused and thrilled when an RO from Muthoot Microfinance’s Mannarkad branch visited her house as part of street survey and explained its operations. She soon availed first cycle of loan from the institution. The service of Muthoot Microfinance personnel didn’t end after providing loan. Realizing the fact that her main source of income from land is only banana, Institution’s personnel advised her to diversify the cropping pattern by including new breeds and also to adopt integrative farm techniques.

After the first crop cycle, the new cropping system provided her reasonable profit for the first time and her income soared to Rs 500 a day from a paltry Rs 75 a day. Muthoot Microfinance continued to help her to go for integrating high yielding varieties of banana along with other side crops.

The hardworking housewife earned success through banana cultivation from a region where farmers are faced with prospects of poor yield and low income. Subaida appreciates Muthoot not only for the financial aid but feels that the complete switch over to new farming techniques with the help of the institution is the key to her success.