Remarkable Turnaround With Talent In Hand

Remarkable Turnaround With Talent In Hand 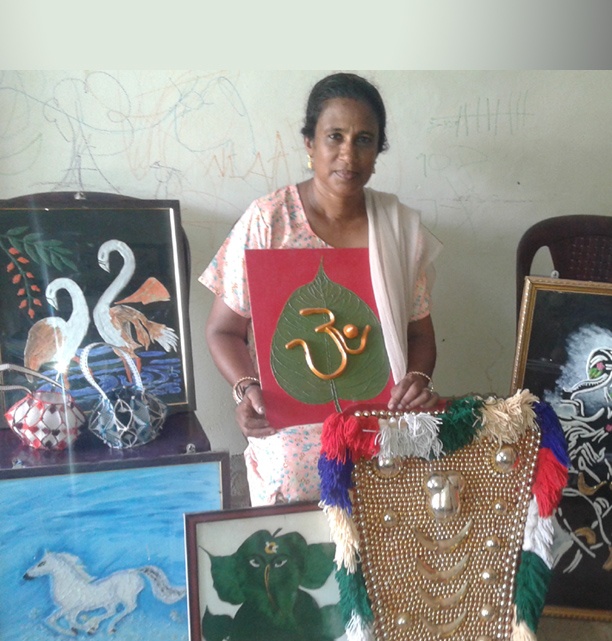 Parakodu is a small village in Kerala’s Pathanamthitta District where living standards of most of its inhabitants remain modest. 52 year old Girija Mohan and her family was one among the hundreds of families living in half poverty until her fortunes turned two years ago. Girija, her husband Mohan, who is a daily labourer, and their three children were entirely dependent on Mohan’s income which is not at all sufficient to meet their day to day expenses. Girija had tried to open small businesses in the past to earn a living but failed mainly due to lack of capital investment. However she never lost her confidence as she knew her talent in painting and artistry could be utilized to make some earning for her family, but the capital investment to start even a small venture remained an obstacle in front of her.

The scenario changed all of a sudden for Girija after an RO from Muthoot Microfinance’s Adoor branch visited her house. She and her neighbours formed a group and were given first cycle loan of Rs 15,000 just three days later. Girija bought a sewing machine and started to work from home and also bought some necessary items for her glass painting and other artistry ventures. The business bloomed in quick time as her tailoring and artistry works began to bring reasonable income to the family.

Girija’s daily income raised to Rs 300 a day just a couple of months after she was given the loan from nothing beforehand. She is now on her second cycle of loan of Rs 30,000 and already her income shoots up to Rs 500 a day. She now employs a women and getting good orders from nearby and away shops and also from individuals.

Girija attributes all her success to Muthoot Microfinance and their operations style which suits the poor and the needy well. Girija and her companions were also benefitted from various skill training and financial literacy programs organized by the company over these years. She now plans more ventures in the future and to expand her existing business and wants to continue her association with Muthoot Microfinance.