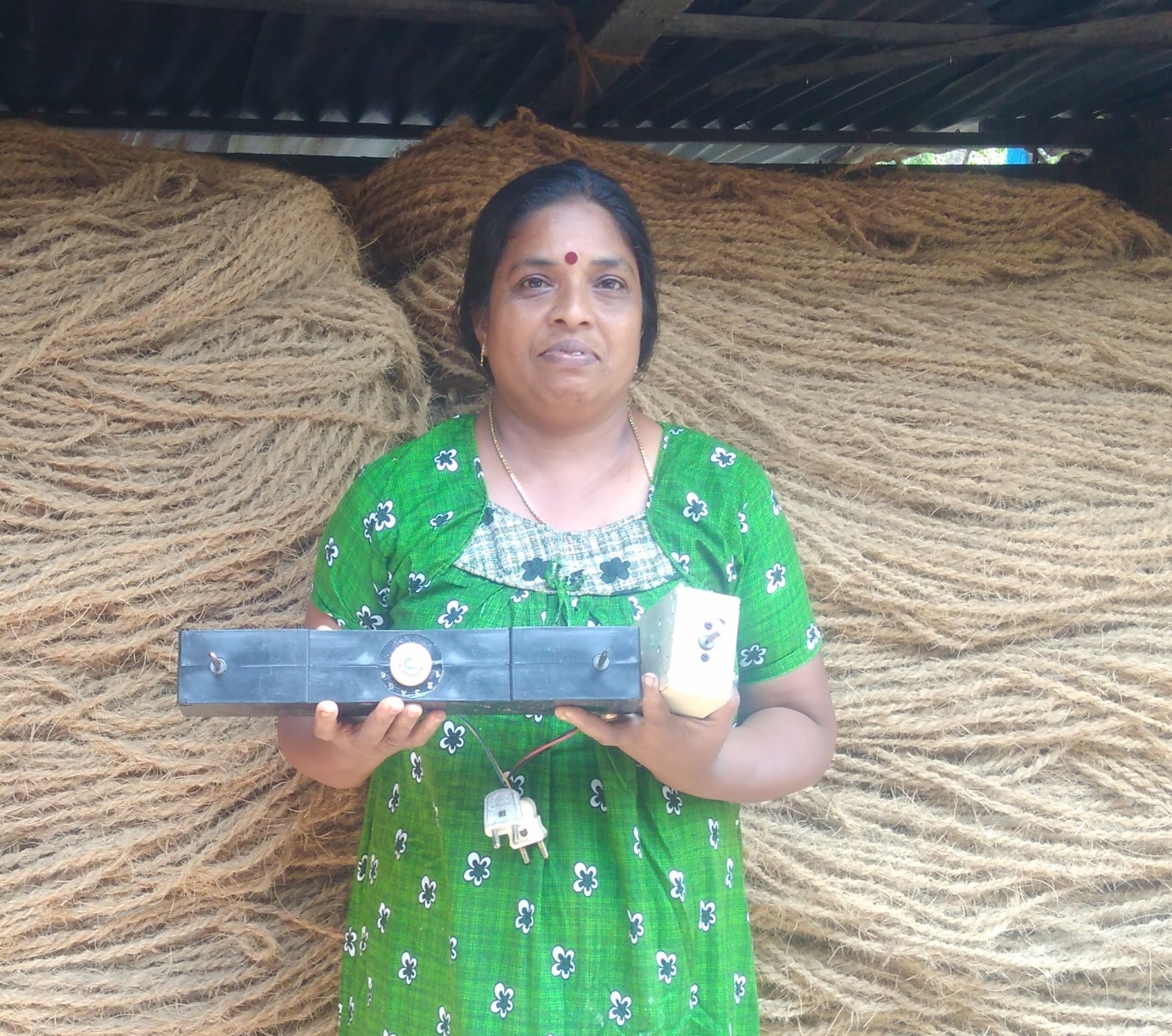 Coastal areas of Alappuzha district in Kerala is well known for its much lauded fishermen community but it is also home to many traditional coir workers. Though the once well bloomed coir industry is in distress at the moment, many workers are still trying their luck in it mainly because they were not good at any other jobs after spending most of their lives in the beleaguered industry.

Forty-six-year-old Shylaja from Keerikkadu near Kayamkulam is one among them. In Alappuzha district, women are employed in various stages of coir production, right from the peeling of coconut husk to the making of ropes from fine fibre.

Shylaja along with her husband Radhakrishnan was working in the industry for the last 25 years. Like most of their co-workers, they also had to deal with all the uncertainties of the sector. Much of the rope-making work done by them was on rudimentary spinning wheels because they were unable to buy new mechanised machines. The peeling was also done with crude tools.

All their effort to buy new machine to increase production remained unsuccessful as they struggled to make even a decent living out of their paltry income. For most days, their income from coir works remained around ₹150 a day which only ensures food for the family of four that include two teenage college going students.

Shylaja in order to raise enough money to buy machinery approached local financiers. However, lenders either demanded for collateral or exorbitant interests. During this time, a friend introduced Shylaja to Muthoot. She soon joined a group and applied for loan. She was granted the first cycle of loan amounting to ₹10,000 to purchase a mechanised spinning wheel for weaving.

Within two months, her production increased three fold with the help of machine and the income rose proportionally. She soon availed a second cycle loan of ₹30,000 and used to purchase the required raw materials and further scale her production. The company also provided her financial literacy to handle money efficiently. Shylaja’s daily income now hits ₹600.

Shylaja with her strong will, talent and ambition has now become an employer (3 women now work for her) and participated in many exhibitions throughout Alappuzha where she got high exposure and demand for her products. Today, Shylaja thanks Muthoot for transforming her life.