Threading For A Turnaround

Home Threading For A Turnaround

Threading For A Turnaround 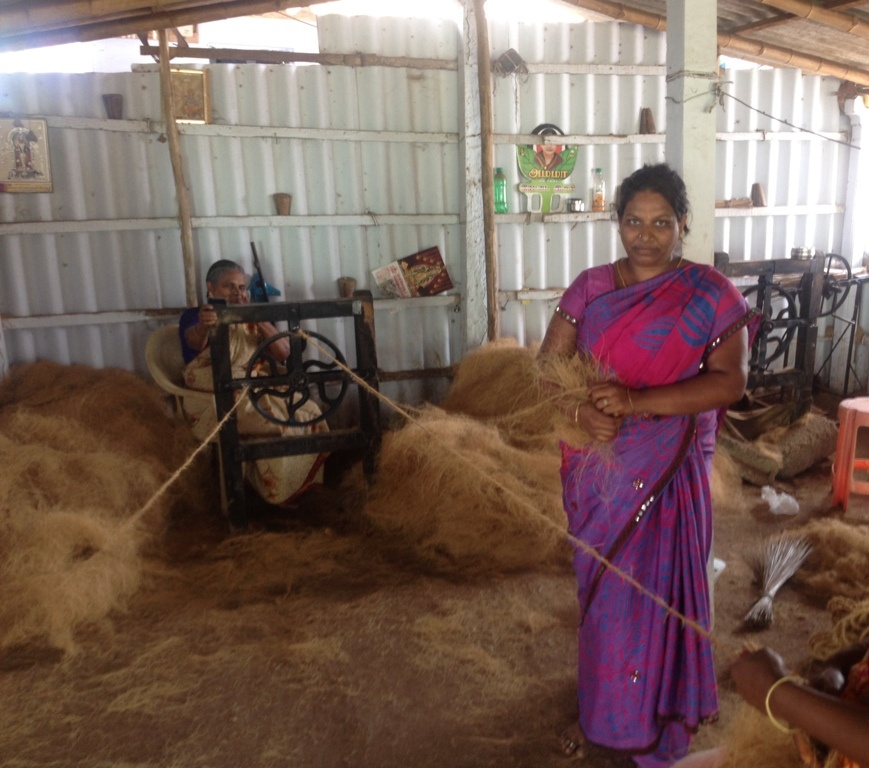 Thirty-four-year-old Mallika, residing at Thamaraikulam in Coimbatore district of Tamil Nadu has always been a planner and set goals for herself. Thanks to that, she has now become a successful small time business woman and is a role model for her villagers.

However, barely 4 years ago, raising even a small amount of capital to start her coir business was out of the reach for this mother of two children. Her transformation from a daily wage coir worker to a coir producing business owner is a remarkable story itself. Four years ago, Mallika’s daily income from working at a nearby coir industrial unit was a meagre ₹150 and she continuously struggled to meet family expenses with that income. Her husband Mahendran was also a coir worker and his income too didn’t go beyond ₹200 a day.

The never improving situation forced Mallika and family to take a bold step – to start a coir business of their own as they have the technique, knowledge and experience for it. However, raising enough money to start the business remained a big problem. She approached many financiers including local lenders for a loan but everyone turned her away as she and her family couldn’t provide anything for collateral security. She was dejected but didn’t lose hope and continued to work as a daily labourer for a living.

Later, a neighbour introduced Mallika to Muthoot Microfin. She was thrilled to join after knowing the institution’s simple but effective procedure to get a loan. To her surprise the company not only provided her with first cycle loan of ₹10,000 but also was given a basic training on business skills. She bought a new de-husking machine with the amount and increased her production three times.

Mallika’s business bloomed in quick time and her daily profit from the business hit an average ₹600 a day and is climbing steadily. She availed the second cycle loan of ₹30,000 and purchased a threading machine to further increase the production. She now employs two neighbours and plans to increase her production to earn a daily profit of ₹1000 in the near future. Mallika confidently says “I will continue my association with Muthoot for my future business expansions too”.